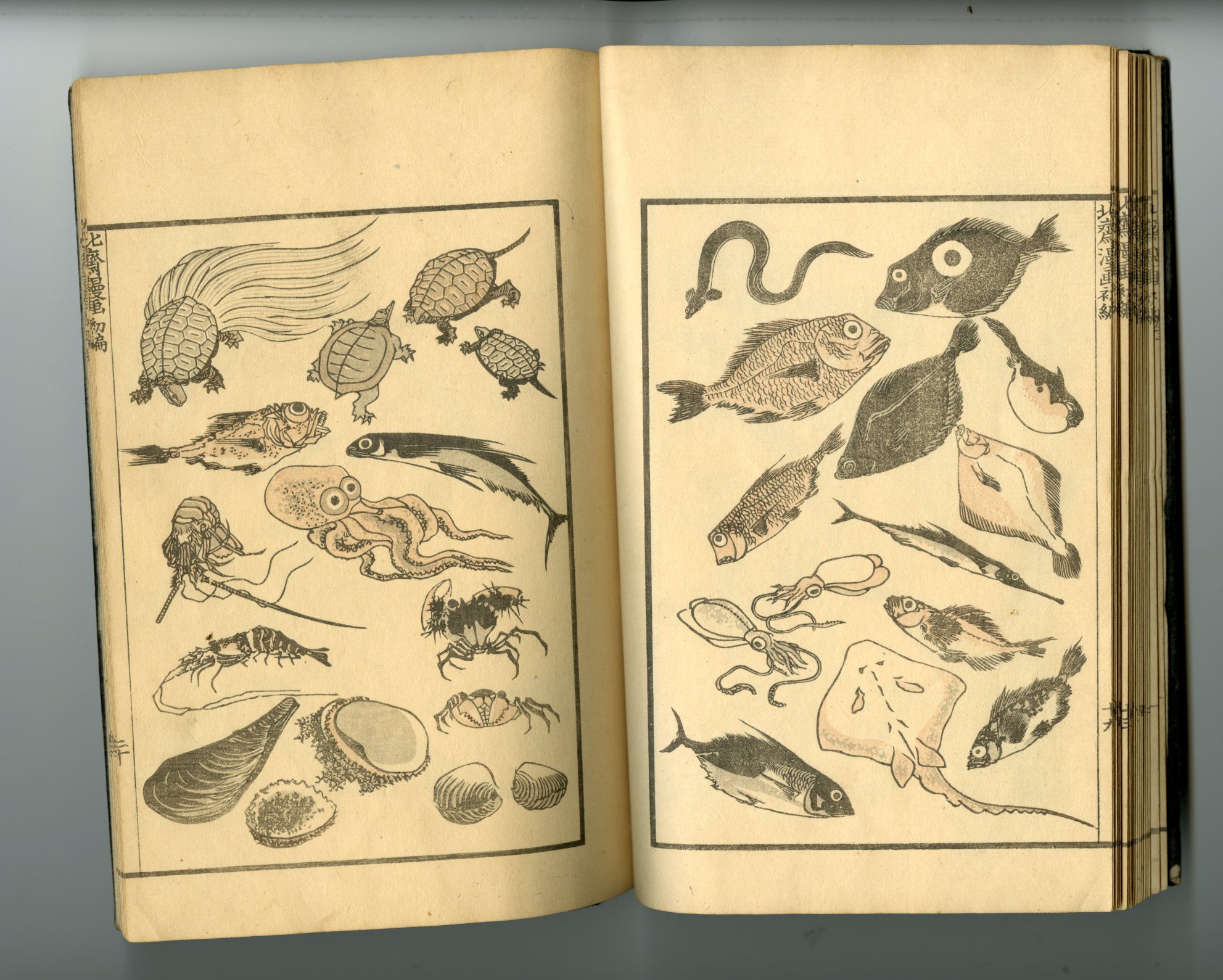 This is a Hokusai Manga issued as Edehon (=a collection of picture samples) by Katsushika Hokusai. He launched this work when he was staying at his supporter and pupil, Maki Bokusen's home for about a half a year. After the first issue of 1814, it had been issued until Meiji period by Hokusai, or his pupils after Hokusai's death. The total 15 volumes are loaded with about 4,000 drawings in full of wit. From historical personages to common people's customs and manners, various animals and plants, and monsters, this series are fully loaded with various things elaborately and humorously depicted, giving an impact on men of culture in both Japan and overseas without fading away.

Searched by  Series  "Hokusai manga" Change of a search condition